Menu labeling: would it have an impact on your eating choices in a restaurant?

Canadians eat away from home more often than ever before! According to the report on Canada’s Restaurant Industry, over 35% of Canadians rank eating out in a restaurant as their top preferred activity with friends and families, and over 60% of Canadians eat out in restaurants at least once per week [2]. But did you ever think what factors make you decide what to eat in a restaurant? The availability of food items, cost/quality variety, hunger level, or personal preferences? Will you have a healthier diet if you are more informed of the nutrition/calorie information? This blog gives a brief introduction of menu-labeling in Canada.

What is menu labeling?

Menu labeling is a public health intervention that aims to promote the availability and visibility of nutrition/calorie information of served foods on the menu or menu-board in an eating-out environment [3]. The theory behind menu labeling is that the visibility of nutritional information encourages consumers to make healthier consumption decisions. Meanwhile, this intervention motivates restaurants to provide healthier eating options and alter their recipes to meet consumers’ desire to eat healthier. The ultimate goal is to improve diet quality and reduce obesity rates at the population level.

In 2008, as one of the first in North America, New York City passed the nation’s first menu labeling law that requires chain restaurants (with 15 or more outlets) to post calorie counts on their menus and menu-boards. Similar laws were subsequently enacted in other counties and cities in the U.S., including California, Oregon, and Maine [4].

Lagging behind its North American counterpart, Canada initiated its menu-labeling program in a non-mandatory approach, which is exemplified by the voluntary nutrition information program, Informed Dining, in British Columbia and Manitoba. Participating restaurants (~10,000 restaurants from 12 chains) in the Informed Dining program voluntarily provide nutrition information of foods on the menus to their patrons before or at the point of ordering [5,6]. The first regulatory menu-labeling program in Canada took effect in Ontario on January 1, 2017 [7]. This regulation requires food premises with 20 or more outlets in Ontario and serve prepared ready-to-eat foods to label calorie information on their menus or menu-boards.

Would menu-labeling regulations have an impact on eating decisions?

For me, absolutely YES!! When I went back to Waterloo for convocation in mid-June 2017, I was delighted to see that the menu-labeling regulation has taken effect in Ontario. I could not help changing my decision from a chocolate caramel waffle (800 calories) to a seasonal fruit & berries waffle (600 calories) when I saw the calorie information on the menu-board at Williams Fresh Café. This is my personal experience, but I would believe this legislation, to some extent, would affect those people who care about fat and calorie intake and weight gain.

In academia, findings from several experimental studies in the Canadian context have shown the effectiveness of menu labeling in reducing calorie and sodium intake and increasing awareness of healthy eating [8,9]. Other studies however, have found no statistically significant effect of menu labeling on consumers’ food choices [10]. These mixed results indicate the complexity of the process of making eating choices. In addition to nutrition and calorie information, factors such as price also have an impact on consumers’ eating decisions.To improve the effectiveness of menu labeling, complementary programs should be developed in parallel with the legislation to help consumers use and interpret the information on the menu. For example, adding information such as the number of calories and sodium that an average person needs per day along with calorie counts on the menu [6]. 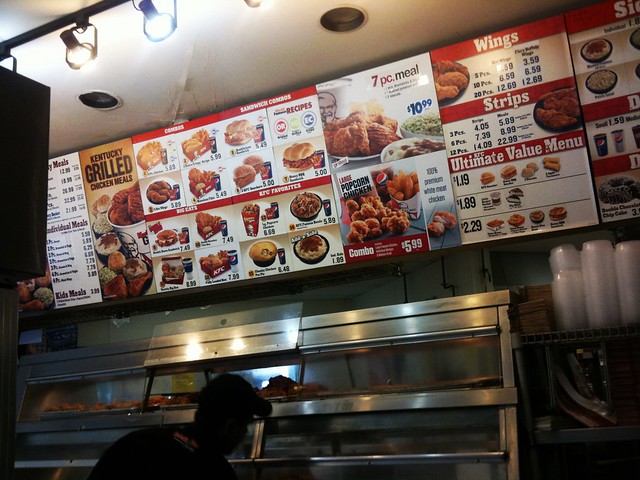